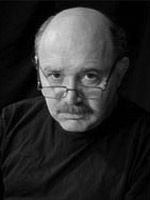 Daron Mouradian was awarded the prize of Excellence of the Fine Arts Academy of Yerevan. His works are exhibited in Armenia (1972-1991), Paris (1992-1996), Germany, Netherlands, Switzerland, and New York. All his works are inspired by Armenian culture, combining the civilisations of the East and the West, and including memories of the past (the Middle Ages). Mouradian's world of fantasy is an ever-changing environment where the Bible and Mythology play a major role. He leads us to make an in-depth self-analysis, in search of our own roots, to be able to live the future with greater serenity.

A book about his art, "The Art of Daron Mouradian" was published in 2007, the Netherlands. Besides, a book showcasing the artist’s works between the years 2002 and 2017 was also published in March 2018, which was named after his first exhibition held in Turkey, “Open Hidden Game”.

Reviews:
Daron Mouradian | Open Hidden Game
Daron Mouradian is showing us the other side of art. We are already aware that art has something to do with games, mystery, diversion and pleasure, but we somehow always overlook this fact. Mouradian is reminding us all of this. He is transferring all the objects we know and identify, all those that are nearby, those we sometimes see and touch, into another universe. He is making them a part of another world, whilst pushing us towards that world. This world – which is surprising, impressive, sometimes creepy, mostly outright scary but always evoking a playful sentiment – is bringing the audience on the margin of humor, irony, jest and tease. There awaits them several surprises, fervors and joys. Daron Mouradian brings the legacy of the likes of Breugel and Bosch into the harsh, stern world of 21st Century which is time to time bereft of any meaning, to remind us of ourselves once again.
Mouradian is an artist who likes to push the unconscious to the forefront, bringing it to light. With the images he reveals, images that we love and enjoy very much, he widens the horizon of our dreams and imagination. Rather, he materializes the world of dreams with images. This is more of a spectacular and dialectic platform. Dreams can only be experienced as real via art. Art is dream that has materialized. While creating this material, Mouradian intrinsically builds an all-out nonphysical world. Thus, we, as the audience themselves, are caught between real and unreal, concrete and abstract, conspicuous and ambiguous.
Not everything is so plain, exposed and simple, though. These alluring, interesting and thought-provoking paintings have also a connection with the exclusionary, the uninviting and the perturbing. Overweight women, men with moustaches, weird clothing, overgrown fishes and flying machines both bring before us the improbable reality of those dreams and expose us to certain malicious things. All that is shown leads to an uncanny world. Yet, isn’t the abstractive world of humor just the same, the same as the world of dreams? For all that is uncanny, preservative and receptive derives from the same root; so does these paintings evolve on the same plane: these images are both encompassing and uncanny.
Mouradian is playing his games. This is all fictitious. We are most certainly aware that it is a game. Yet, here he goes playing it and here we go, believing in it. This is an open game. But, it possesses certain parts that are hidden, mysterious.
And so, this exhibition is an open, hidden game! But wouldn’t it also be a hidden, open game?

***
The imagination of Mouradian is as impressive as his creative ambition. In his paintings visual language replaces the magic of words, graphical mastership allows for narrative efficiency and is intensified by a luxurious palette. This has some resemblance to miniature painting and declamation. The painter loves materials and takes pleasure in suggesting clothes. Practice of oil painting allows him to express the savor of things and their tactility. His brush polishes details, dissects them until reaching a gustative enjoyment.
And painting always has the last word. Metaphorical as well as delirious, surrealistic and fantastic, it gathers, in hybrid evocation, buffoons and acrobats, beauties and shrews, flora and fauna of the Eden. The inspired talent of Daron Mouradian makes him associate Bosch's universe to the fairy world of the One Thousand and One Nights.

***
East and West merged on the soil of Armenia. Mouradian is the worthy heir of this half-caste culture swept with pain. While cultivating his origins, he was fascinated by the History and the Mythology, which founded and revealed the civilization of the Mediterranean Basin.
Therefore, his paintings depict as many resurgences of this unchanging and marvelous past, the magic of which we are no longer able to understand. Mouradian succeeded in taking this magic and reinventing it. In his paintings the neatness of the stroke, which we sense that the artist masters perfectly, models the sparkling colors. Figurative and evocative, each canvas is a clever blend of technical and esthetical perfection, of elaborated details serving the gloss of the imagination. Here the grotesque comes close to the sublime; the legend dominates the reality and one allows oneself to be filled by the magic of immutable periods of reminiscence. Mouradian speaks to our imagination; he makes forgotten dreams reemerge in our conscience. His colors revive the period of fairy tales and one is happy to learn that he paints as others flee, spontaneously, without sketches or models. But this ability to flee is not suspended of reality. We see the cruel tale emerging from the marvelous fairy tale when Mouradian stages the ridiculousness of power and the absurdity of violence. Isn't the strength of his work in the elegance with which he stages his disappointed conscience in a fabulous universe? His works are beautiful, his criticism bitter. One must recognize the obviousness of his talent of lucid magician.